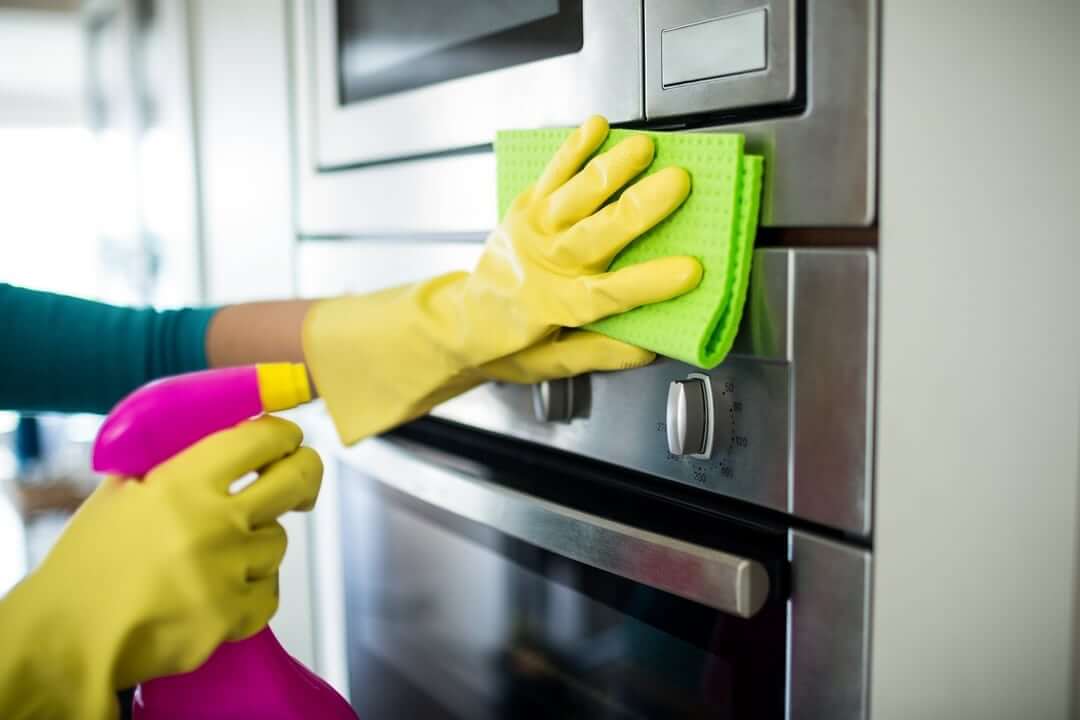 In 2019, the average weekly UK household expenditure was £585.60. This is according to the latest Office for National Statistics (ONS) report. The study also found that the average spending on household goods and services alone was £40.80 per week.

These figures are more likely to increase in light of the current health situation. For instance, experts say that British households are 10% more likely to make their own dinner at home. More cooking means increased oven use, which can then mean dirtier ovens.

If you've been using the oven a lot yourself, chances are, it's now full of stubborn grease and grime. Before you clean your oven with these chemicals, though, it's best to know how dangerous they can be. Knowing what these cleaners contain can help you choose safer alternatives.

To that end, we created this guide detailing the safety risks of common oven cleaners. Read on to learn more about the dangerous chemicals they may contain.

How Can Oven Cleaners Be Dangerous?

Many cleaning products, including oven cleaners and air fresheners, contain hazardous chemicals. These substances can be caustic, corrosive, or at the very least, irritating.

Sodium hydroxide is also known as "lye," "sodium hydroxide solution," and "caustic soda." It's a white, inorganic compound that consists of sodium cations and hydroxide anions. Some product labels may list this substance in its chemical formula, NaOH.

Caustic soda is such a powerful cleaner that it's a key ingredient in chlorine bleach. It's also in many drain cleaners, wherein its role is to turn fats and grease into water-soluble soap. It has so many other uses that experts say it will become a £43 billion (USD 59.24 billion) sector by 2027.

The Hazards of Sodium Hydroxide

Sodium hydroxide is very caustic, which means that it can chemically corrode tissue. It's in this way that the substance can cause severe chemical burns. Caustic soda can cause skin, eye, and gastrointestinal burns.

Sodium hydroxide also emits gases that can irritate the eyes, nose, and throat. These gases can also cause coughs, headaches, fevers, breathing difficulties, and even confusion. People with asthma are at an even greater risk of the adverse effects of inhaled caustic soda.

What's more, even just a little drop of caustic soda on the skin can already cause painful burns and ulcers. Direct eye exposure can lead to inflammation, light sensitivity, and burns.

Butoxydiglycol also goes by the name 2-Butoxyethanol and Diethylene glycol mono-n-butyl ether (DGBE). This colourless liquid with a sweet odour has the chemical formula BuOC2H4OH. It's in many cleaning products, such as oven cleaners, as it helps dissolve dirt, grease, and grime.

The Dangers of DGBE

Exposure to diethylene glycols can affect the central nervous system. It can cause headaches, nausea, and vomiting, and in some cases, diarrhoea. In more severe cases, DGBE exposure can cause stomach and back pains.

Butoxydiglycol also irritates the eyes and the skin of both humans and animals. In some studies, dogs exposed to high levels of DGBE developed physical weakness. DGBE can also enter the body through the skin, aside from direct inhalation and ingestion.

Ethers are organic chemicals with a chemical structure much like that of alcohols. It's this structure that makes them effective solvents. Butoxydiglycol is a type of diethyl ether, but there are also ethyl ethers used in oven cleaners.

The term "solvents" come from a Latin word that roughly means "to loosen." In consumer products, solvents can dissolve, extract, or suspend other materials. When used in oven cleaners, ethers are quick to dissolve solute (such as oils and grease).

Ethers are extremely volatile substances, which means they're quick to evaporate. They can turn into vapours even at room temperatures. It's this volatility that makes them easy to inhale, and thus, dangerous.

How Ethers Can Jeopardise Your Health

When inhaled in high concentrations, ethers can be intoxicating and even sedating. In more severe cases, they can cause unconsciousness and breathing problems.

Ethers are also irritating to the eyes, both in liquid and vapour form. Direct skin contact can also lead to irritation, or in severe cases, chemical burns.

Note, too, that ethers are extremely flammable. What's more, these substances don't need to get into contact with a flame to ignite. Hot surfaces, such as hot ovens, can be enough to ignite ether vapours.

Ethylene glycol is a chemical you'd usually find in antifreeze and coolant fluids. That's right: It's the same thing that keeps your engine from freezing in UK's frigid winters. It's also the same "ingredient" in coolant fluids that protects engines from overheating.

Ethylene glycol is very capable of dissolving grease, which is why it's in many oven cleaners.

The Perils of Using Ethylene Glycol

However, ethylene glycol is dangerous if ingested directly or inhaled at high doses. In such cases, the substance can cause abdominal cramps, nausea, and vomiting. However, it can trigger acidosis in more severe cases, damaging the brain, heart, and kidneys.

Methylene chloride also goes by the name "methylene dichloride" and "dichloromethane" (DCM). It's a clear, colourless liquid that has a pleasant odour. Don't let these attributes fool you, though: It's a potent solvent used in paint strippers.

Some oven cleaners use methylene chloride as it can dissolve organic compounds. It can cut through stubborn grease and grime build-up.

The UK placed a ban on methylene chloride in 2011, but it only applies to DCM-based paint strippers. It may still be in some oven cleaners, especially those from outside of the UK.

The Dangers of DCM

What makes DCM dangerous is that it's a neurotoxin, so it can damage the brain and central nervous system. Countries like the United States regard dichloromethane as a "probable human carcinogen." This means that it may cause cancer in humans, as it has caused liver and lung cancer in animals.

Direct inhalation of dichloromethane can also trigger coughing, wheezing, and breathing difficulty. When breathed in at higher doses, DCM can cause confusion, dizziness, and fatigue. It may also induce nausea and vomiting.

Direct eye and skin exposure to dichloromethane can also cause redness and irritation. Failure to wash the exposed area can lead to chemical burns.

Ammonia hydroxide is the chemical name of household ammonia. It consists of ammonia, which is a colourless gas with a very pungent odour. Nitrogen and hydrogen atoms make up this gas.

Ammonia is actually a natural gas found in and produced by both nature and humans. It's in household cleaners as it's very effective at breaking down grime, grease, oils, and fats. It's so powerful it can even dissolve and eliminate wine stains.

The Potential Threats of Ammonia

Ammonia, like sodium hydroxide, is a corrosive, caustic agent. The smell itself can already make you gag, but that's also because it's very volatile.

Exposure to ammonia vapour can cause immediate eye, nose, and throat irritation. At lower concentrations, it can trigger coughing and wheezing. At higher doses, ammonia can make your eyes, nose, and throat feel like they're burning.

Mouth, throat, and stomach burns can result from ammonia ingestion. Concentrated ammonia can also irritate or burn the skin and eyes.

Ammonium hydroxide (the liquid form) is not flammable. However, its vaporised form is highly combustible. Ignition of formed vapours can lead to an explosion.

Oven cleaners can also harm the environment by creating volatile organic compounds (VOCs). Researchers found this to be true for certain cleaning products, like glycol ethers. Glycol ethers can react with ozone to create secondary pollutants, such as formaldehyde.

In addition, VOCs are a key player in the production of fine particulates. It's in this way that VOCs contribute to the growing problem of smog in the UK.

Aside from reducing visibility, smog also impairs plant growth. It also damages crops and forests and can also poison wildlife.

All that should be enough to make you want to use natural products to clean your oven. Baking soda, vinegar, lemons, and even table salt can do an outstanding cleaning job. These are usually enough to cut through thin layers of baked-on food debris.

Oven cleaners can be dangerous, especially when handled or used incorrectly. That should be enough reason to avoid them.

Besides, having a brilliantly clean oven doesn't always require their use, anyway. If your oven isn't chock-full of baked-on grease and grime, you can use pantry items like baking soda to clean it up.

Not sure what oven cleaning product to buy?

Our product was carefully selected to ensure it is safe, eco-friendly and achieves INCREDIBLE results for you!

The product is seaweed based meaning you don't even have to wear gloves to use it! No more nasty oven cleaning chemicals in your home!

Don't have time to clean your oven yourself or it's still dirty no matter how much you clean it? If so, know that our team of oven cleaning experts here at A Cleaning Service can help! Please feel free to get in touch with us to learn more about our services.

How we perform a commercial kitchen extraction cleaning

What happens during a house clearance? 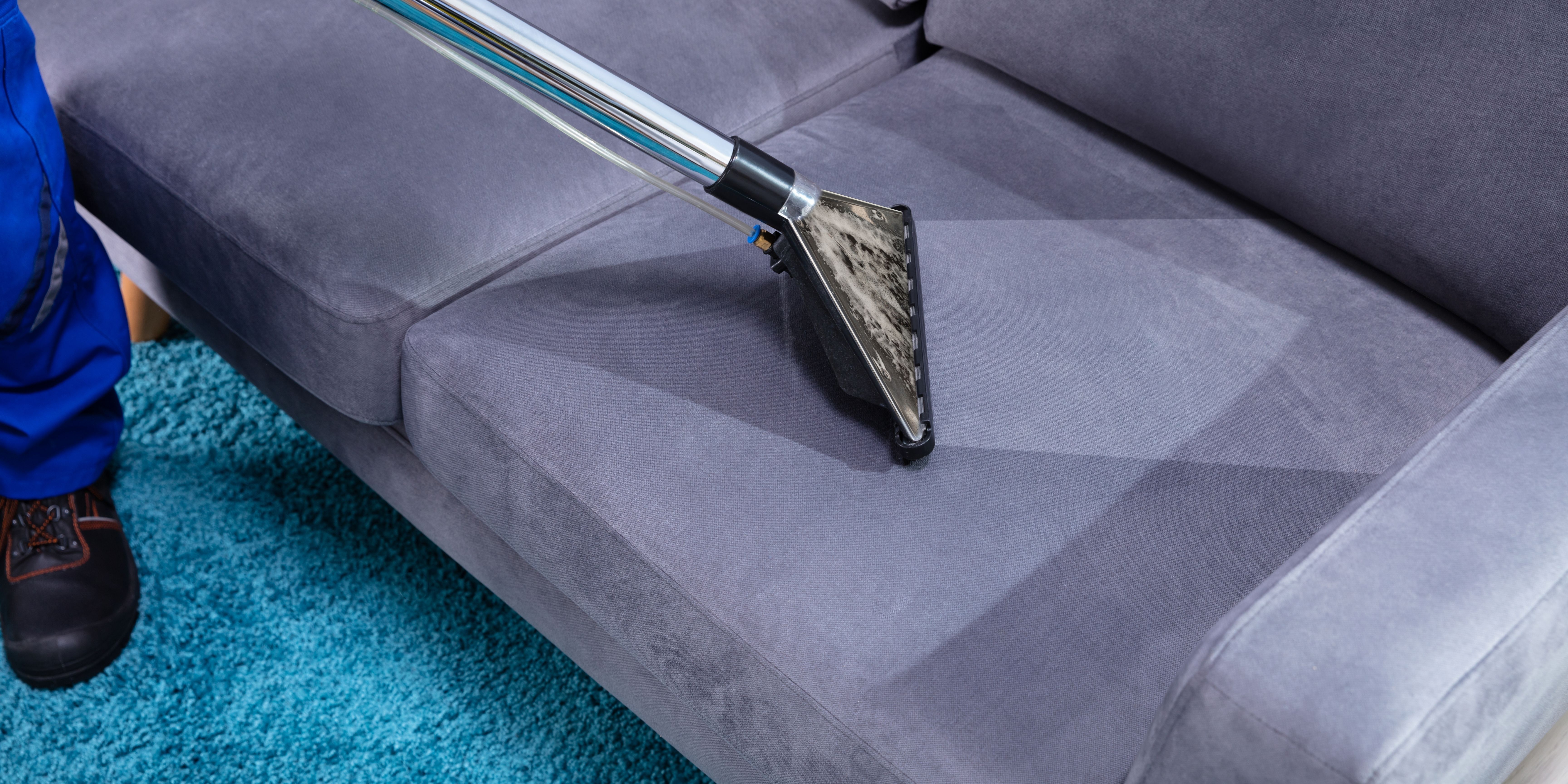 When to use an upholstery cleaner

Ensure your cleaning service takes extra care to sanitise your domestic or commercial property during the Covid-19 outbreak.